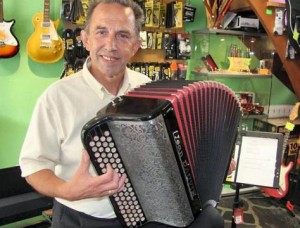 A wide repertoire was played and a good night enjoyed by all! 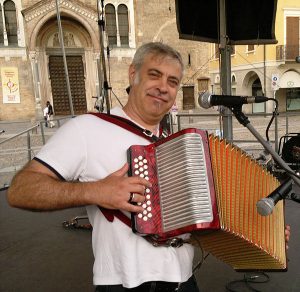 Fabio flew here from his native Italy to entertain us.  He has published more than 30 cd’s, many of them as a band leader.

He has played in various festivals including the Philippine Jazz Festival in Manilla and the Madrid Jazz Festival. Fabio has also performed at a long series of concerts around the world passing by Los Angeles, New York, London and Paris.

Fabio Turchetti plays and sings alone, or in trio, his own compositions, jazz standards, tributes to tango to Italian music.

A wonderful opportunity to come and see this international artist! 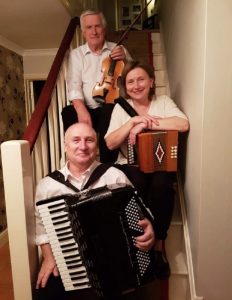 We enjoyed welcoming in November  McCool Trad.
The band McCool Trad was formed a year ago by three Irish musicians.
Joe O’Connor is a traditional Irish fiddle player from County Tyrone. He is a stalwart on the Irish traditional music scene, who has performed with musicians on many albums both in Ireland and in the UK.
Elaine Finn Davis is a London born well-respected Irish accordionist who plays the two row diatonic accordion, whose inimitable style of playing was influenced by her father John Finn, a well-known whistle and flute player from County Roscommon.
Finbarr Walsh, a piano accordionist from County Down is from a well-known family of traditional Irish musicians. Though brought up steeped in Irish traditional music, as a young man he branched out in to show band style dance music.
The three met at the music festival in Ennis in 2017 and were immediately attracted to each other’s strong style of playing. They all have a very distinct style of playing akin to that played in the northern counties of Ireland, such as Donegal, Tyrone, Down and Antrim. Their music has a great rhythmic lift, which is much sought after by traditional Irish dancers. Their concerts are a mix of Irish traditional music and popular songs sung by Finbarr. 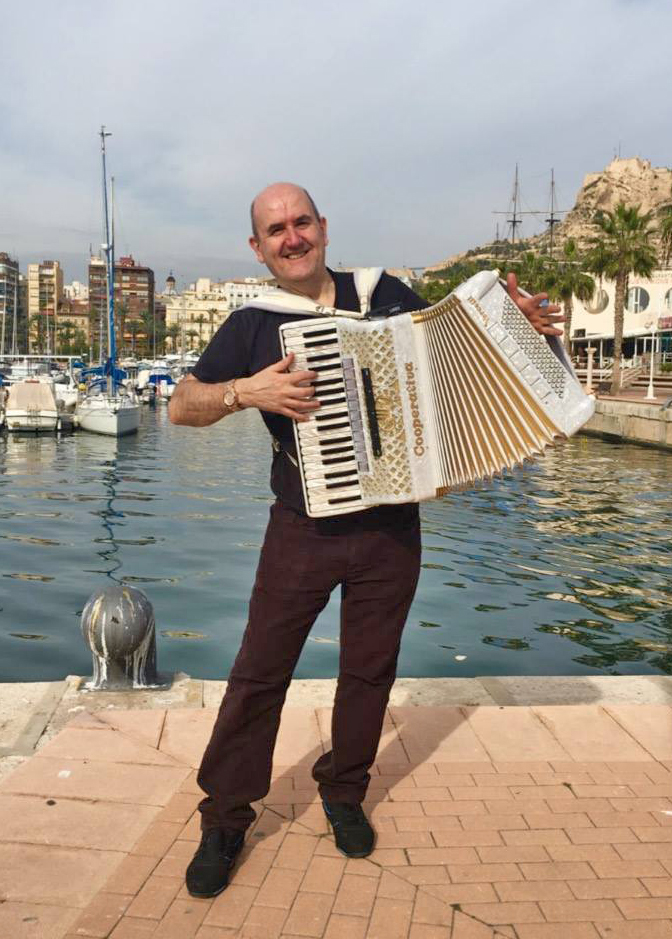 Gary is a first class accordionist able to play a wide variety of music. His fingers move at amazing speeds over the keyboard and he never fails to entertain his audience.

This was a very special night and was being held to celebrate the life of our late member, Alistair Cameron who has been a great supporter of the club over the years.

All profits from the night, £150,  were donated to The Phyllis Tuckwell Hospice in Farnham, a wonderful place where Alistair was cared for during his illness. 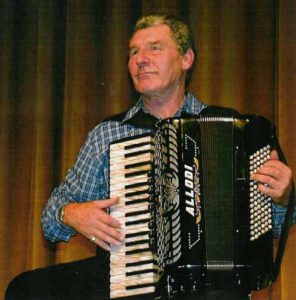 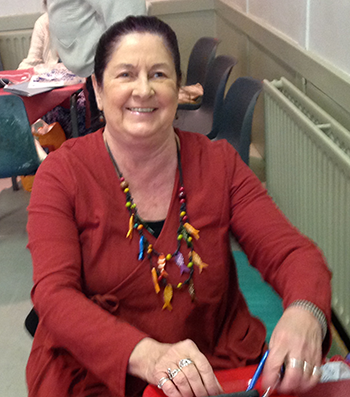 During the evening we also celebrated the Birthday of Myra Brooks, a great supporter of the club and a key and hard working member of the Committee.  Myra id the lady who greets you on your arrival with a warm welcome!  Many Happy Returns Myra! 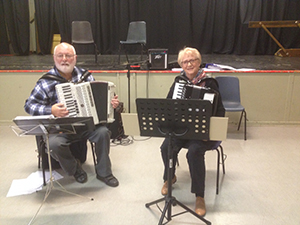 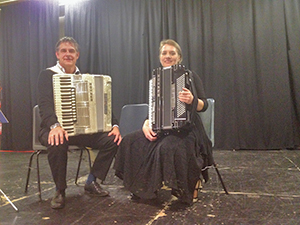 After the usual enjoyable play-along we were entertained firstly by Ivan North and Freda Davis, followed by Nigel Pasby & Helen Newton who gave us some wonderful duets.

A most enjoyable evening! 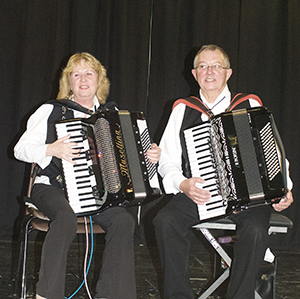 We were very fortunate to have David and Angie entertain us at our October Club Meeting.

It was a superb evening and we heard some lovely duets and then David showed us what a brilliant virtuoso performer he is.

Our Next  Club Night:

Play-along will start at 8:00pm

All welcome – we look forward to seeing you!